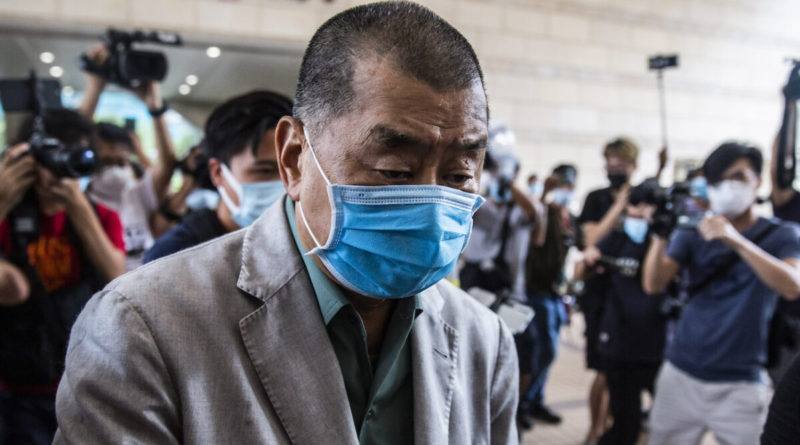 
The national security trial of Hong Kong pro-democracy media tycoon Jimmy Lai was postponed for the second time on Tuesday after his British lawyer was denied a visa extension, according to local reports.

The trial has been pushed back to Sept. 25, 2023, and is expected to last 40 days, pending a decision by the Chinese Communist Party’s (CCP’s) legislative body on whether foreign lawyers can work on national security cases.

Pang also argued that the National People’s Congress Standing Committee (NPCSC), Beijing’s legislative body, might not issue an interpretation of the security law by the end of the year.

The court decided to postpone the trial to September next year as it could not determine when the NPCSC would interpret the security law.

“We don’t know when the interpretation is going to be accepted … [and] when the decision will be made,” High Court Judge Esther Toh said.

Lee said that it was necessary to seek Beijing’s intervention because “there is no effective means to ensure that a counsel from overseas will not have conflict of interest because of his nationality.”

Lai, 75, is the founder of now-defunct liberal newspaper Apple Daily and one of the most prominent Hong Kong critics of the CCP. He has been behind bars since December 2020 for his role in unauthorized assemblies.

He was also charged under the draconian national security law for allegedly colluding with what the CCP considers “foreign forces.” Lai has pleaded not guilty to the charges.

Lai was sentenced to five years and nine months in jail on Dec. 10 for breaching a lease contract for his newspaper’s headquarters. The court also disqualified him from being a company director for eight years and fined him HK$2 million (roughly $257,000).

Wang said that the CCP’s assault on Hong Kong’s rule of law and free media present “a global threat.”

“The Chinese and Hong Kong governments’ maneuvers to bar foreign counsel from national security cases will further undermine the rule of law in the city, which has dropped precipitously since the National Security Law was imposed,” Wang said in a statement on Tuesday.

Beh Lih Yi, the Committee to Protect Journalists Asia program coordinator, said the prosecution against Lai should be dropped because the 75-year-old defendant has already served two years in prison.

“The harsh sentence handed to Jimmy Lai on trumped-up fraud charges shows how Beijing and Hong Kong will stop at nothing to eliminate any dissenting voices,” Beh said on Dec. 10. “Authorities must end this persecution once and for all.”

Caoilfhionn Gallagher, KC, the leader of Lai’s international legal team, said that Lai was being subjected to “lawfare,” with multiple prosecutions aimed at “silence and discrediting” him and sending a clear message against criticizing Beijing or the authorities in Hong Kong.

She urged British Prime Minister Rishi Sunak and his foreign secretary to treat the case with urgency and speak out in support of Lai, who is a British national.

“It is frankly astonishing that we have heard more about this spurious fraud conviction from the U.S. government than Mr Lai’s own government,” Gallagher said in a statement posted on Twitter.

“My father is a British citizen who has done nothing wrong,” he was quoted as saying by Lai’s international legal team. “The UK must do all it can to stop this, and do it now.”