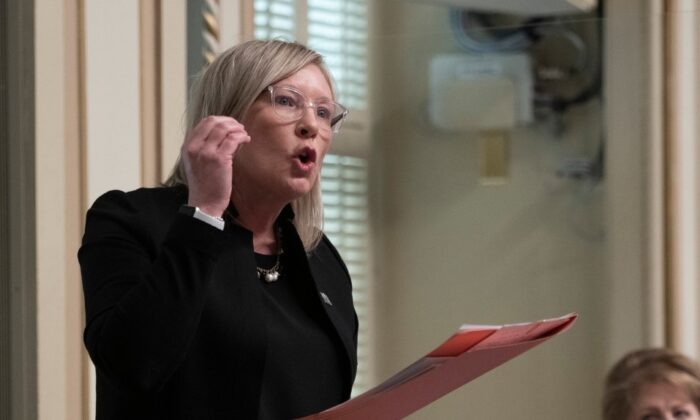 The Quebec Liberal party’s presence in the province’s legislature, already diminished in the Oct. 3 election, has shrunk again.

Caucus chair Enrico Ciccone said in a terse statement today that Marie-Claude Nichols, who represents the Montreal-area riding of Vaudreuil, has been kicked out of caucus.

Nichols was first elected in 2014, and only two members of the current Liberal caucus have been in office longer than her.

Liberal sources say Nichols had sought the deputy speaker position reserved for a member of the opposition but was not the party’s choice for the role.

They say she was expelled from caucus after she declined the position of transport critic.

The election this month saw the party capture the lowest share of the popular vote in its history and win just 21 of the legislature’s 125 seats.

One Missing as Floods Strand Hundreds in Victoria