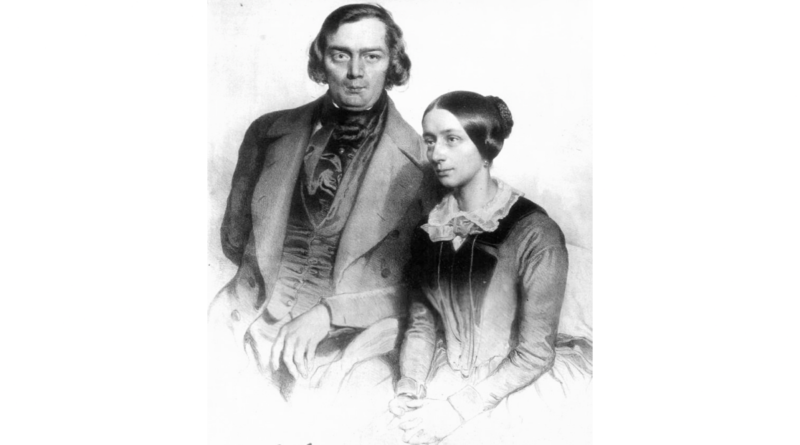 
“Since first seeing him, I think I am blind, Wherever I look, Him only I see.” These words open one of Robert Schumann’s greatest song cycles for voice and piano, “Frauenliebe und Leben” (A Woman’s Love and Life”). From this initial phrase, the whole emotional climate of the cycle is set.

This song cycle, composed of eight German art songs known as Lieder, a German song for solo voice and piano, is an expression of love. It follows the love journey of a woman for a man, from the first meeting, to marriage, through motherhood, and ending in her beloved’s death.

But it is so much more than that. It is the story of Schumann’s love for pianist Clara Wieck.

At 30 years old, Robert was madly in love with Clara but needed to persuade his future father-in-law that he was financially stable. As a result, Schumann composed with frenzy in the year leading up to his marriage, producing no less than 138 songs for voice and piano. This would be known as his “Liederjahr” (“year of song”), during which songs flowed from the Romantic composer at a quasi-miraculous rate.

“Frauenliebe und Leben” was the last cycle he wrote before his marriage, in just two days, on the 11th and 12th of July 1840. The cycle took inspiration from eight poems by Adelbert von Chamisso, aimed at middle-class German-speaking women in the mid-1830s. The lyrics take us through an emotional experience, and Schumann’s music illustrates this journey.

The composer presented different phases of a woman’s life. Young love is illustrated in “Since I saw him” as the enchanting moment of the first meeting between a boy and a girl; “He, the Noblest of All” reflects falling in love; “I Cannot Grasp or Believe It” is the moment the young man she loves chooses to be with her.

The phase when a man and woman marry begins with a woman’s engagement. “Your Ring Upon My Finger” is a touching tribute to the engagement ring as a dream come true; “Help Me, Sisters” tells of the joy of getting married and leaving childhood behind, and “Sweet Friend You Gaze” sings of the wedding night.

Raising a family is presented in “At My Heart, At My Breast.” Finally, losing one’s partner in life is sung in “Now You Have Caused Me Pain for the First Time”  as it closes the cycle and the woman seeks refuge in her memories.

A Marriage of Poetry and Music

Schumann’s composition unites the poem and the music in a cycle of song as closely as a man and woman in a marriage.

The final song returns to the opening accompaniment of the cycle, following the last words of the lyrics:  “Silently I withdraw into myself / The veil falls / There I have you and my lost happiness / You, my world!”

Once the interpreter sings these final words, the piano accompaniment repeats the accompaniment of the first song. This repetition gives the cycle a circular structure, and the piano’s melody brings the audience back in time, recalling the first memories of love.

What is perhaps notable in this combination of verse and music is that the piano presents remarkable independence from the voice. It manages to reveal the essence of each poem, reflecting the poet’s inner emotions. Schumann manages to paint the text with his composition, depicting emotions through the accompaniment.

Schumann used other compositional techniques, such as the use of dotted rhythms (longer notes alternating with shorter notes). These are used here to give words more significance; for example in “Since first seeing him,” “him” is sung on a dotted note, giving this word more emphasis.

Chromaticism, the use of the 12-tone scale, is used to increase introspection and reflects not only Schumann’s unmatched style, but the woman’s inner thoughts. For example, the irregularity of the chords’ rhythm in the first piece creates an unsteady feeling, shifting between voice and piano, mimicking the girl’s heart. As for the piano’s simple chords in this first song, they are quasi-hypnotic, as if the girl was caught in a daydream.

One thing is clear in this musical cycle: It is intense. Both text and music offer an evolving perspective on love and life and the joy and pain that goes with it, offering a range of feeling. The pure beauty of Schumann’s imaginative music takes the audience through a poignant emotional experience, marrying poetry and music.

It is not only the listener who experiences this; it is also the performer who requires both an emotional and technical intensity. Most of the songs are set in a “declamatory lyrical” (speech-like singing as in opera) range, giving the cycle an operatic style.

This monument of German Lied, which sets poetry to classical music to create a piece of polyphonic music, takes us through a powerful journey transcending time. It is a reflection on love and its many interpretations, possibly mirroring Robert’s passionate love for Clara.

Ariane Triebswetter is an international freelance journalist, with a background in modern literature and classical music. 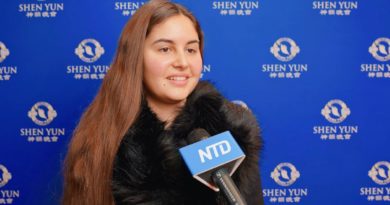