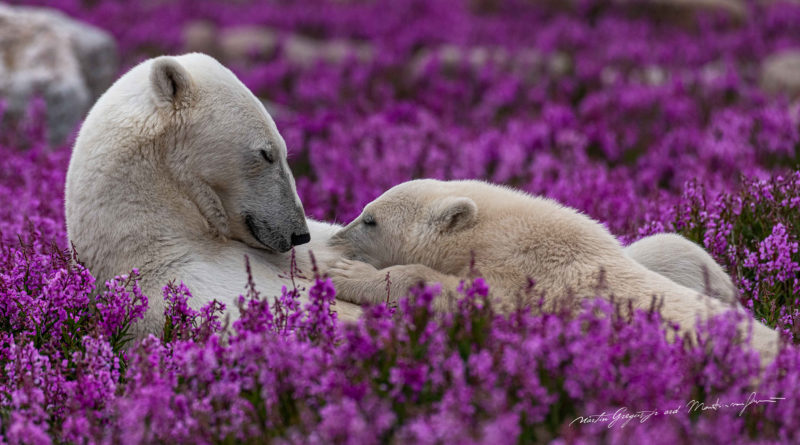 
When we think polar bears, we usually think ice.

Yet for centuries, polar bears have adapted to a particular warming of climate that occurs every year, starting around late June. It’s called summer.

Ask Canadian photographer Martin Gregus, 26, and he will explain how polar bears spend their ice-less offseason ashore. He and his dad, both professional photographers and cinematographers from Vancouver, have traipsed to the Arctic over two dozen times on bear-documenting expeditions during summertime—when ice is scant and landbound bears are aplenty.

“What people actually don’t realize is that huge chunks of the Arctic are actually ‘ice cream’ in the summer and they do look much like that,” Gregus told The Epoch Times. “And they have looked like that for hundreds if not thousands of years.”

Brainstorming for a documentary in 2015, it dawned on them to try something novel. “What do these polar bears do in the summer?” asked Gregus. “No one has done that.” The query saw the launch of their first venture north.

During the pandemic, in July and August 2021, Gregus “quarantined” himself in northern Manitoba, along the Hudson’s Bay coast. They sojourned to Churchill—not exactly the Arctic, still 800 miles shy of the Arctic Circle—and spent 33 days living on a grounded boat.

From first encampment, they were faced with surreal scenery. There were mama bears and cubs everywhere; the men sometimes found themselves surrounded by as many as a dozen of them. Some mornings, the pair would literally wake to the sound of polar bears breathing outside their window. “As soon as ice melts, all the bears come to shore,” Gregus said. “They’re actually interacting. They’re playing. … They’re being good mothers. They’re teaching their kids how to feed and all of this stuff.”

Being in such proximity, the animals get comfortable around people, mingling as close as 20 meters, while offering ample photo opportunities. Gregus saw a mom he’d hoped would lie on a patch of fireweed flowers to nurse her cub—a rare shot indeed! Then it happened. “So I got out and crawled through to the flowers to get as close as I could,” he said. “I shouldn’t say ‘crawl’ [because I] communicate with a bear so they know I’m there, I don’t want to surprise her. Then I managed to get this one shot I’ve been waiting for, for four days.”

It takes patience. It takes developing a rapport with the massive mammals. But it pays off. “It’s all about time. It’s such a waiting game,” Gregus said. “The reason why I think our pictures are so important and why they look the way they do is because we literally put in so much time [with] these animals, so they’re extremely calm around us and, likewise, we are around them.

“You really build that relationship with these bears and you kind of started looking at them as your friends, almost like you know so much about each and every single one of them that it’s beautiful.” The men came to recognize each bear not just by physical features but also by behavior. Year after year, they watch them grow up.

Gregus captured a scene of a polar bear swimming as a wave washes over its body. This shot saw him named Wildlife Photographer of the Year in London in 2021. That’s the “Oscars” of wildlife photography awards—not bad! “That was a really strong image because, ultimately, seven years or six years came down to about two minutes of shooting,” he said. Gregus’s earliest rise to fame came before he was even a teenager, winning specially commended in said competition, after documenting snowy owls in 2008. He and his father have been enamored with photography and wildlife since Gregus was 8, after their arrival in Vancouver from Slovakia.

There is such a thing as getting too close to a polar bear, Gregus learned. He can read them, anticipate how they’ll react, and usually feels “safe” in their midst, though safe is “a relative term.” “It’s a fine line that we walk,” he said, adding that they also don’t want them to lose their fear of humans completely. The reason there are no male bears around is that they’re hunted by local Inuit and have been scared off. Sensing this, the females remained with their young. They dig dens under the cavities of trees or similar places, or simply wait for snow to build around them.

Gregus described a scary moment in 2021 when close became too close. “I could see the bear cresting over the tundra and then she just started running towards me,” he said, though she was actually hunting down a tern. “That adrenaline picked up because all of a sudden there was a polar bear running right towards me. … In my mind I was like, ‘Do I run away? Do I take pictures?’ I’m a photographer, I need to take pictures but I also need to stay safe.”

Precautions are warranted. Definitely. They bring a bucket containing bear spray, a bear horn, and flares. His assistant carries a gun in case of an emergency. “I told my bear guard multiple times, ‘I’d rather the bear eat me than you shoot,’ but they are there for safety,” Gregus said, adding that there’s no better deterrent than smacking two rocks together or tossing one toward a bear that’s becoming too bold.

“I always approach every single bear, even if I know it and it looks good and cuddly, like an animal that can kill me,” he said, though he’s never felt really endangered. Being around them, he comes to know them and can predict what they’ll do and how they’ll act around him. “Sometimes I’ll actually feel more safe around a bear than I will at camp,” he said. “Because when I’m around a bear that I know and the bear’s acting calm around me it makes me calm, but when that bear’s stressed, the stress is for a reason and … she is usually stressed because another bear is approaching.”

There is “a lot of sleeping going on” during summer months, Gregus says. Those bears that don’t hibernate per se do conserve energy come sun season. After packing on the pounds during winter, pregnant moms will hibernate in autumn. Then, come February, they’ll wake and rely on the ice and snow again, marching straight out to sea, with cubs if they have them, to make the most of the remaining season to hunt.

As his storytelling developed over the years, and he began working with documentary producers, the advent of drone cinematography proved irresistible for the Vancouverite. Now his aerial shots bring in the lion’s share of his livelihood. Although photography has always been Gregus’s milieu, he seldom embarks without air capability. He tries to balance it “50/50,” he said, adding, “The photography bit is still my passion.”

Michael Wing is a writer and editor based in Calgary, Canada, where he was born and educated in the arts. He writes mainly on culture, human interest, and trending news. 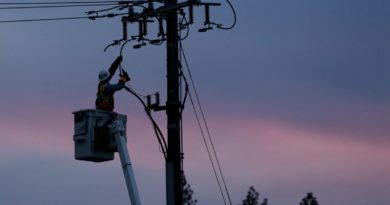 How to Prepare for Your Next Emergency