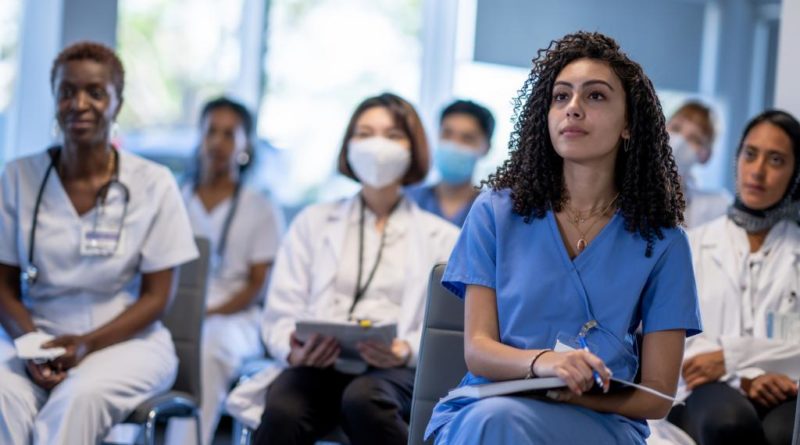 So says the Association of American Medical Colleges, which last week released the first-ever analysis of the extent to which “diversity, equity and inclusion” have infected the institutions training future physicians. I’ve covered this trend for years, but even I didn’t realize just how much patients should worry about the decline in standards and, in time, the quality of their own care.

The AAMC surveyed 101 institutions, representing almost two-thirds of American medical schools (two are in Canada), asking for audits of their DEI-related policies and programs. While the AAMC doesn’t appear to have released a list of participating schools, my organization discovered the audits’ existence in October, when Ohio State University included the document prepared by its College of Medicine in response to our freedom of information request.

The AAMC asked medical schools to answer 89 yes-or-no questions on whether they have specific DEI activities. The results are shown as a kind of report card. Schools that score 80% are colored green, and those that score between 61% and 80% are yellow. Institutions below the 60% threshold are red — a sign of failure.

Medical schools should fear a failing grade from the AAMC, which helps determine whether they get accredited. As a former associate dean, I can attest that when the AAMC sets priorities, administrators rush to follow them.

All told, more than six out of 10 medical schools scored 80%. The Ohio State University College of Medicine audit shows a score of 93%, making it one of the most woke medical schools in America. Crucially, no institution scored lower than 50% — meaning virtually every medical school is implementing at least half the policies woke activists want.

So how are medical schools most woke? Affirmative action, for one: 100% have “admissions policies and practices for encouraging a diverse class of students.” Fully 85% have leaders who’ve “used demographic data to promote change” within their institution. In other words, medical schools are giving skin color and gender a consistently bigger emphasis in recruiting. This approach risks de-prioritizing merit, leading to a lower quality of medical students.

Schools are all but uniformly woke on many other measures. Ninety-nine percent have leaders who routinely participate in local, state or national DEI forums, diverting their focus from actual education. Some 98% have created a system for students to report bias, which risks self-censorship from educators who fear reprisals for teaching health care’s more difficult topics. The same percentage have launched new initiatives or funding streams for DEI, while 97% have “a dedicated office, staff, and resources.”

That means there’s a permanent bureaucracy at most medical schools pushing woke ideology on faculty and students alike. These efforts take away time and money from actual education.

Where are medical schools falling short on the woke checklist? Some 75% advocate for DEI “policies and/or legislation at a local, state, or federal level.” Yet that means three out of four medical schools are using precious resources (and their powerful clout) to push a divisive agenda. A good example is Ohio State University’s support for declaring racism a public-health crisis in Columbus, where the College of Medicine is based. This also wastes resources that would be better spent on medical training.

More than 40% of medical schools offer tenure and promotions to faculty who conduct DEI scholarship. The Indiana University School of Medicine, for instance, implemented this policy in July. The message to current and potential faculty is clear: If you want to advance in your career, you better toe the party line. Yet politicizing faculty research will worsen, not improve, medical education and care.

Remember: The AAMC is pushing 100% of medical schools to score 100% in each category, and most are trending in that direction. This doesn’t bode well for the future of health care. Medical schools are broadly lowering standards for admissions, faculty and research while devoting a higher share of resources to political lobbying, politicized bureaucracy and public virtue signaling.

Is there any way to stop this trend? To start, governors or legislatures should require every medical school in their state that participated in the AAMC report to publish its audit. Then lawmakers should hold hearings on the findings. Ultimately, they should evaluate whether medical schools deserve so much state money.

Why are taxpayers funding schools that only recruit politicized faculty? Why are they paying administrators who fixate on applicants’ skin color? The public deserves to know exactly how woke their nearest medical school is so they can pressure it to put education — and ultimately quality of care — ahead of ideology.

Dr. Stanley Goldfarb, a former associate dean of curriculum at the University of Pennsylvania’s Perelman School of Medicine, is chairman of Do No Harm.

Can China Replace the US in Afghanistan?

20 July—Anniversary of a Persecution Targeting the World

What Would Joe Do?